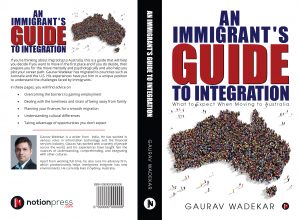 I have an account on Orkut, Linkedin, Facebook, Myspace and many others where I have already forgotten my ids. On Orkut I have all my school, engineering, MBA and office friends from India. I generally use this to say hi, hello and to be in touch with people. Facebook is good when I need to waste my time and play with some applications. Mostly my overseas friends are my group on Facebook and Myspace. I spend a lot of time on Linkedin, especially the answers section where I read answers of my interest and also try and answer or add value to the questions where I could. I think on Linkedin, people have maintained a professional level and they use it only for professional social networking. I could meet someone in the US through Linkedin and later could also help that person arranging an interview at my company. Not only that, I could get in touch with this person whom I have offered to help in promoting her new company in various social forums. I forgot, to add to all this, I have also become a regular visitor of Yahoo Answers which I think is a good forum if you are looking for something specific as people would have definitely either asked or answered over your specifics.

I think, in today’s day it is very important that one is quite connected in order to survive. Competition is tough and world has become a battle field where everyone has to fight their own battles. As Thomas Friedman puts in his book “The World is Flat”, earlier there was a time when Countries opened up and people used to think global at a country level, then came the era where people started thinking about companies from global stand point and finally now is the day when people have started looking at individuals from global perspective. Having said this, one should realize the importance of global connections and the kind of information a person can share and hence recieve through social networking.

The underlining art of social networking is give and take. One might not get anything unless one gives. Start giving first and then one point witll definitely come when it will be time to take rewards. Right now social networking is the buzz and all should be a part of it whether they like or they don’t!!!